Have You Heard Of PEF? What About PTF? 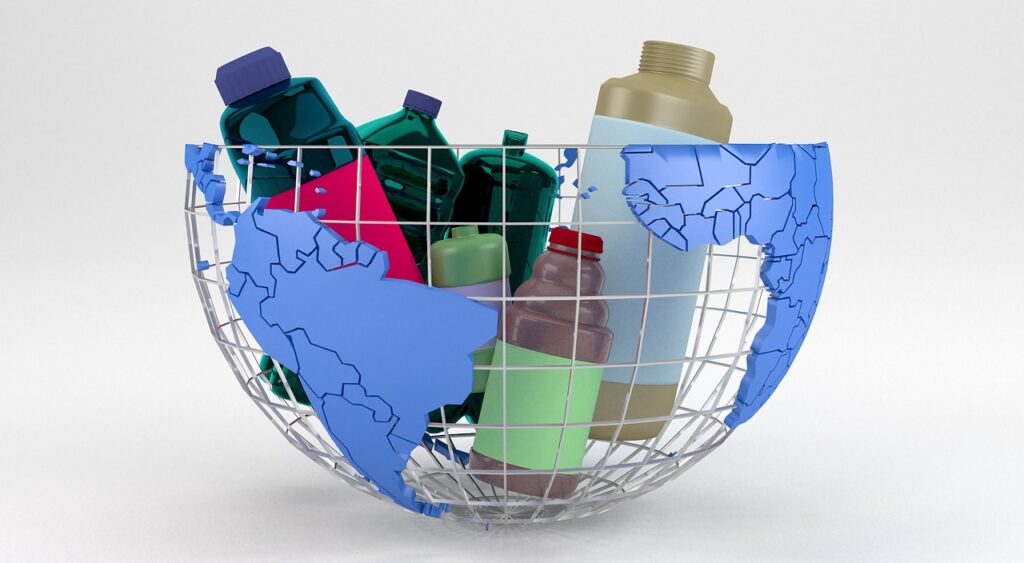 With almost each conversation about material choices and new developments I have with customers or filament providers, I inevitably find myself extolling the virtues of PEF, which stands for PolyEthylene 2,5-Furandicarboxylate. By now, friends, colleagues and family members know that I’ve been a fierce advocate for PEF for a long time, although this blog article may be the first time you hear about this material type. And that’s ok. For now. But in a year or so, remember where you heard it first! Don’t say you’ve not been warned…

So why the hype? Especially, since, to my knowledge, there isn’t even a commercial product available on the free trade market with that name, particularly not in the form of 3D printing filament. However, one thing is already obvious in the pre-market space: it’s not a question of if and not even of when PEF will hit the market. The correct question in this context is how hard and disruptively it will hit the global polymer market, more precisely, how fast production can possibly scale to satisfy a market where demand will always be ahead of availability. In a way, we will have a kind of “Tesla situation”, with lots and lots of pre-orders for a car model that has not even been shown to the public yet and where top-notch production technology will have to battle up a steep hill for years to come in order to find a supply and demand balance.

The “Tesla” in this PEF story is of course not Tesla but the Dutch Avantium, a leading technology company in renewable chemistry and the company behind the newly developed material PEF – www.avantium.com.

Coming to the value proposition of PEF, (which is chemically very close to the well-known material PET- PolyEthylene Terephthalate), two aspects are the most important when thinking of 3D printing:

But there is of course more to this story than this. From the very beginning, PEF has been developed with the intention to replace PET. Hence, initially it’s targeted at the packaging industry, where PEF presents some additional key benefits such as heavily improved gas barrier properties extending shelf life of packaged goods (oxygen 10x higher; carbon dioxide 6-10x higher; water 2x higher). That strategy will bring along fast penetration, high production volumes and high competition, all leading to the expectation of low prices and widespread availability. Also, the fact that PEF is chemically close to PET is expected to lead to a fast adoption curve.

The latter fact is also the reason why PEF bottles can be blended in existing PET recycling streams, without any negative impact on haze, color and other properties of currently used PET bottles, thus solving the recyclability issue that every newly introduced polymer needs to solve to use the world-wide existing PET recycling infrastructure. But best of all: PEF is a 100% GreenPrint material for two reasons: one is because of its very good recyclability mentioned above.  The second, is that the raw materials for its production can be 100% biobased!

In order to scale global PEF production, Avantium has taken a close look at the base for PEF’s major building block, FDCA (2,5-FuranDiCarboxylic Acid). Avantium’s breakthrough development is changing FDCA’s source, from the current 1st generation feedstock, specifically corn and wheat sugars, to 2nd generation feedstock (aka wood pulp waste stream, agricultural residues, etc.) such as straw. In order to actually produce PEF, FDCA is polymerized with bio-based mono ethylene glycol (MEG). MEG is already produced as a bio base building block for the Coca-Cola Company’s Green Bottle (http://www.coca-colacompany.com/stories/plantbottle-frequently-asked-questions), which, in recent years, has already revolutionized the packaging industry in this ecological respect.

Avantium is currently building its FDCA Flagship Plant, planned to be completed by the end of 2023. This will enable the commercial launch of PEF from 2024 onwards. The world’s first commercial FDCA factory is set to produce 5 kilotonnes of FDCA per annum. To put this production capacity into perspective, think of the 500.000 tons/year expected global PLA production capacity for 2018 or compare to the already ramped-up 1 million tons/year biobased PET – basically based on the Coca-Cola Plant Bottle production. Obviously, there is more to come in future.

And not only from Avantium but also from the big US chemical corporation DuPont which has announced a competing product: PTF, which stands for PolytrimeThylene Furandicarboxylate (PTF), again chemically close to PET and PEF. Like PEF, PTF is a polymer based on 2nd generation renewable feedstock, with similar mechanical and thermal specifications to PEF.

In 2018, DuPont announced the opening of a pilot plant that was the world’s first production facility for bio-based furan dicarboxylic methyl ester (FDME*). In 2016, the company had developed a method for producing the long sought-after molecule FDME from fructose derived from corn starch. In 2018 they moved to the pilot phase with the opening of a pilot plant in Illinois, US, which was expected to produce 60 t/y of FDME.

*FDME is a molecule that can be used to create chemicals and materials, including plastic. One of the first FDME-based molecules under development is polytrimethylene furandicarboxylate (PTF), a polymer that can be used to make more sustainable plastic bottles. PTF has a gas barrier that is 10-15 times higher than the commonly-used plastic polyethylene terephthalate (PET). This increases the shelf life of the product and reduces the amount of plastic needed to keep the CO2 in the drinks. PTF is produced using a more environmentally friendly method compared to PET, which is usually derived from petrochemicals.

I will update this post as soon DuPont comes up with a commercialization plan for PTF and then I will also include some comments on other DuPont bioplastic products like Sorona and Zytel polyamides.

Avantium’s PEF and DuPonts PTF material programs are tangible proof of the value of a circular bioeconomy – not only are these renewably-sourced materials more sustainable, they’re fulfilling the imperative that bio-products are better performing and a better value for the market.

I cannot wait to write a blog article about testing our first PEF filament!